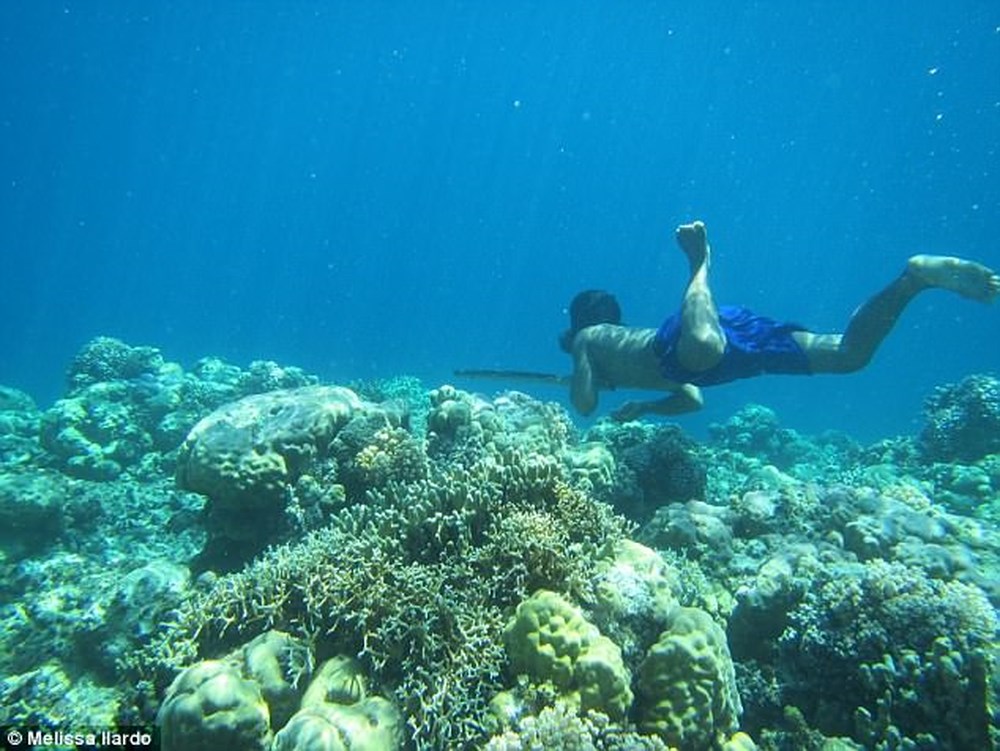 If you want to be a successful freediver, work out your spleen.

Here’s a fun science experiment you might have done in grade school. Get a bucket full of ice water that’s big enough to fit your head. Now dunk your face in and see how long you can stay. Most people can’t remain under for longer than a minute—and for the average human, it’s pretty dangerous to try. But during that minute, your body goes through some pretty nifty changes. To conserve oxygen, your heart rate slows (what’s called bradycardia), the veins in your extremities constrict, enabling you to distribute the oxygenated blood to your vital organs like your heart and lungs, and your spleen, which stores oxygenated red blood cells, contracts, releasing those cells into your bloodstream.

All of this is to allow you to survive during this brief period sans-oxygen. Now, scale that up. Imagine freediving several hundred feet down into the cold ocean. Extreme, yes, but that’s how a group of human sea nomads—the Bajau people—have survived for thousands of years.

The indigenous group lives throughout the islands of Indonesia, Malaysia, and the Philippines. To find food, groups of the Bajau take daily plunges, often more than 230 feet down, to spear fish and other sea animals. In fact, some spend as much as 60 percent of the day diving for food. To survive the plunge, their bodies employ the same mechanisms involved in that science experiment. But diving several hundred feet down is a lot trickier than a quick dunk in a bucket. If an average human tried, they’d probably not survive. So how do the Bajau manage it?
That’s what a group of researchers wanted to know. Before they began their study, which was recently published in the journal Cell, they suspected that it might have something to do with spleens. The human spleen, located just under the ribcage, is a key component of the lymphatic system, which regulates the immune system. It works as a sort of blood controller, monitoring the amount of red blood cells that circulate in the body at any time. When you hold your breath for long periods, you aren’t taking in any oxygen—so you have to use what you’ve got stored up.

Since the spleen stores those red blood cells, a larger spleen should mean a greater capacity to hold your breath. Plus, the researchers already knew that contraction of the spleen was a key component of the mammalian diving reflex (like when you dunk your head in a bucket of cold ice water). So, the scientists surmised that the Bajau might have evolved to have super large spleens over time.

It turns out they were right. Melissa Ilardo, lead author of the study, met up with a group of Bajau living on an island near Sulawesi in Indonesia. With the help of a portable ultrasound, she took pictures of their spleens to measure the size. For comparison, she also measured the spleens of groups of local people living nearby; people with similar ancestry, but who weren’t divers. She found that, on average, the Bajau had spleens that were 50 percent larger than those of their more terrestrial neighbors.

In studying the adaptations that people make to live in certain areas or engage in certain activities that aren’t suited for the average human, scientists have identified several similarly ingenious mechanisms. In 2014, researchers studied people living in particularly low-oxygen environments in the high altitudes of Tibet. They found that those populations all share a gene mutation that prevents the body from having too many red blood cells circulating in the bloodstream. Over time, high levels of red blood cells can cause health problems. However, the body rightfully responds to being at high altitudes by doing two things: Increasing the amount of hemoglobin in the blood and the number of red blood cells, since they are the ones that contain oxygen. Being able to suppress that means that you thrive in those conditions without the potential negative health effects.

But this new study on the Bajau freedivers shows that the human body can evolve various methods to deal with dangerous situations—and each one is uniquely positioned to handle the task at hand. Unlike the Tibetans, the Bajau aren’t always in a state of low-oxygen. Instead, they move quickly from states of normal atmospheric oxygen to none at all. So, a larger spleen that can contract and shoot out red blood cells at a moment’s notice would do the trick.
While researchers know some of the gene variants that work to regulate the number of red blood cells in high altitude populations, hardly anything is yet known about what influences spleen size. Ilardo and her team did sequence the Bajau group’s genome and found that they have a gene that increases a thyroid hormone that is thought to potentially influence spleen size, but nothing is known for sure.

So can the Bajau help us become more super human? Maybe. In an accompanying news release, Eske Willerslev, a senior author of the paper, noted that human populations that live in extreme environments can tell us a great deal about genetic and physiological adaptations to tough conditions. And these populations are rarely studied. But when they are, they can lead to treatments that help all humans. A better understanding of how the Tibetans live in low oxygen could help us understand how to treat patients in critical care units with low levels of oxygen in their blood.

The researchers involved plan to better study the connections between spleen size and diving ability as well as its connection to our production of certain thyroid hormones, with the hope of uncovering novel mechanisms at play.