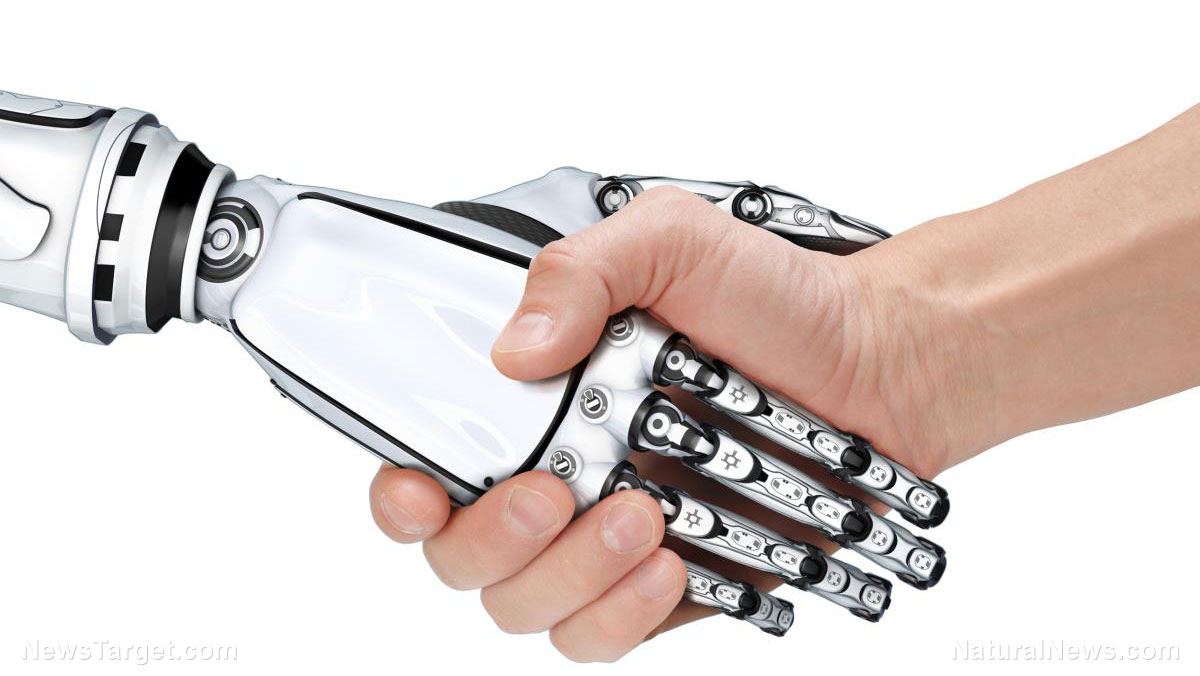 Researchers in Paris are reportedly developing robot technology that can determine gender based on the human touch.

The emotional robot project, within which initial handshake experiments are supposedly correct about gender 75 percent of the time, is under development by the ENSTA ParisTech research team at the Universite Paris-Saclay.

Project leader Adriana Tapus told the Daily Mail that robots need a personality of some kind to successfully interact with humans, and adjust their behavior to social situations accordingly.

Our research will help the next generation of social robots to be polite, empathetic, and maybe have their own sense of humor…We are first developing a model of handshaking for women and men, for extroverted and introverted individuals, and based on this model we are able to infer the personality trait and the gender.

Prof. Tapus added, “If we can simulate a human-like emotional response from a robot we can ensure a two-way relationship, benefiting the most vulnerable and isolated members of our society.”

Along those lines, the researchers are looking into employing robots to help those with autism increase their socialization. Robots could also take on the role of caregivers for the elderly.

The way things are going, gender-detecting robots, if they ever come into common use, might be accused of a hate crime with all the related ramifications by the far-Left, which tends to prioritize gender fluidity over the traditional biological sex differences. Who knows, the robots could wind up on the scrap heap if they prove to be too accurate about inferring gender.

Parenthetically, Natural News founding editor Mike Adams earlier this year wrote, “If you believe in real science, you have to believe in the genetic reality that gender expression in humans is binary.”

Separately, a British historian claims that classroom teaching will primarily be handled by emotionally sensitive robots rather than humans within 10 years, and that each child will wind up with the best teachers and receive a first-class, personalized education.

The jury is still out as to whether robots will turn out to be friend or foe in the future, however. Tesla and SpaceX CEO Elon Musk has repeatedly warned that rapidly advancing artificial intelligence could give rise to self-replicating machines that might threaten humanity. (Related: Read more about artificial intelligence at Robotics.news.)

Back in 2015, Mike Adams similarly cautioned that once AI technology develops into highly evolved, self-aware, systems, the human race has a big Terminator problem on its hands.

Once AI criticality is achieved, it won’t take long for a highly intelligent machine to design another machine that’s an order of magnitude more intelligent than itself. Follow this along for just 4-5 generations and you get machines with demigod-level cognitive capabilities, and it won’t take but a microsecond for such a machine to conclude that humans are a threat to its own existence.

Do you think that the far-Left will get a grip, as it were, on gender-determining, touch-sensitive robots if this form of AI is ever implemented?

One thought on “Robots will “know” your gender and personality with one handshake — will the Alt-Left have them destroyed for their “binary” judgments?”