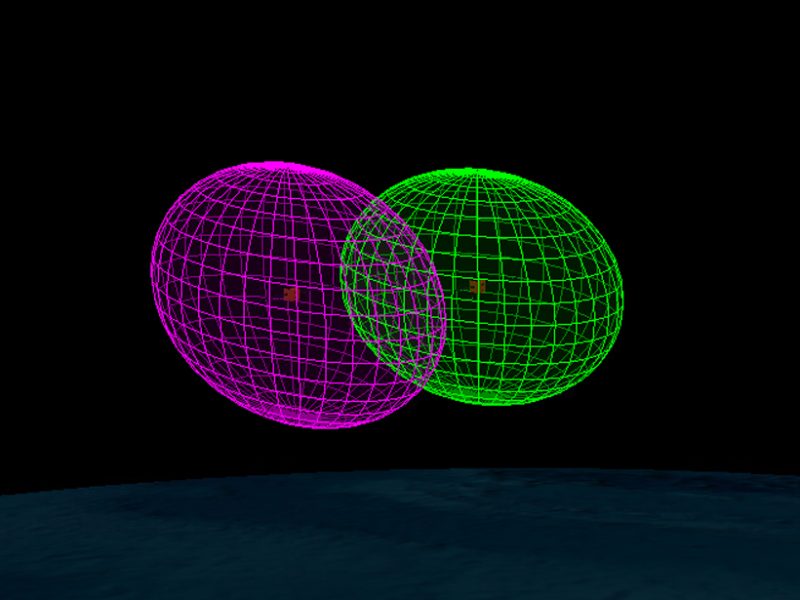 Solar wind drivers affecting the satellite environment have about a one hour predictive horizon, but solar wind speed periodicities and ensemble modeling can extend the forecast interval.

The population of objects in orbit around the Earth has dramatically increased in the past decade. In 2015 alone the International Space Station performed four collision avoidance maneuvers and the crew onboard once took shelter in the Soyuz capsule in case they needed to escape the station. Government and civilian agencies have strong interests in collision avoidance, since billions of dollars of space assets are at risk.

Bussy-Virat et al. [2018] present an improvement of the Spacecraft Orbital Characterization Kit, which predicts the probability of collision between two space objects using advanced statistical procedures. Collision avoidance requires the knowledge of the position and velocity of all objects in orbit. This is particularly challenging below about 700 kilometers in altitude, primarily because, at these altitudes, satellite trajectories are strongly perturbed by atmospheric drag, a force that is particularly hard to model. For example, on 17 March 2015, a strong storm hit the upper atmosphere. Density enhancements of almost 50 percent at 400 kilometers strongly increased the drag, modifying the orbits of the satellites. The effects on the risk of collision led to differences up to 30 percent in the probability of collision, compared to a situation without a storm.