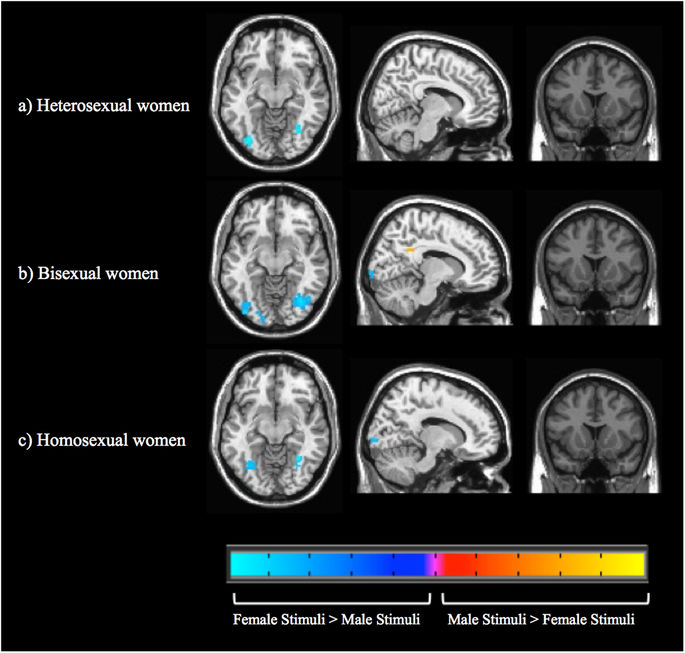 Baumeister offered three lines of evidence when he initially proposed that women may have greater erotic plasticity compared with men: (1) women show larger effects of social and cultural factors on sexual attitudes, desire, and behavior; (2) sexual attitude-behavior consistency is lower in women than in men; (3) individual women exhibit more variation in sexual behavior across time than men. Women’s less specific arousal patterns may also contribute to their increased “sexual fluidity”10, which Diamond has defined as an individual’s “capacity for situation-dependent flexibility in sexual responsiveness, which allows individuals to experience changes in same-sex or other-sex desire across both short-term and long-term time periods”11,12.

Neuroimaging assessments may shed light on the neural systems that are involved in responding to a given paradigm. Functional magnetic resonance imaging (fMRI) is a neuroimaging approach that allows for the indirect assessment of brain activity by tracking ratios of oxygenated and deoxygenated blood a proxy for neural firing. When used in the context of presenting erotic stimuli, this non-invasive neural measure could provide a converging line of evidence for interpreting the genital and subjective arousal findings described above. In this study, we used fMRI to specifically focused on the “reward system” in order to address the question: to what extent is there an affective significance to findings from the literature on women’s sexual orientation and genital arousal?