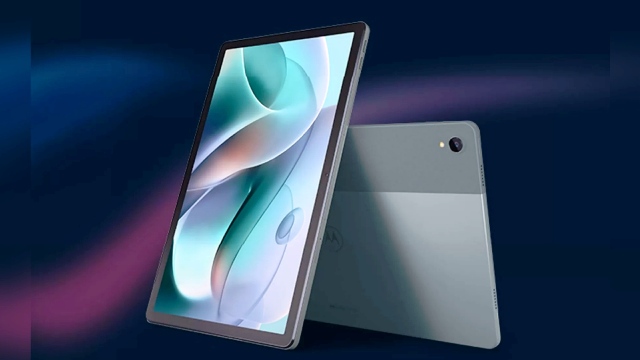 Motorola today launched the new tablet Moto Tab G70 LTE in India. This is the second new product from a Lenovo-owned company in the Indian market after the Moto Tab G20 was launched in September 2021. The
MotoTab G70 LTE is powered by MediaTek Helio G90T SoC with 4GB of RAM and 64GB of built-in. Storage-In Stock. The tablet features an 11-inch 2K LCD display and a two-tone design with a rear camera.
The newly launched MotoTab G70 LTE is priced at Rs 21,999 and the tablet is offered in a single option with 4GB of RAM and 64GB of storage, and in one of a single modernist teal colors. Price and Availability of
: The
Moto Tab G70 can be pre-ordered from Flipkart during the Republic Anniversary sale until January 22nd. Customers can take advantage of an immediate discount of 10% with their ICICI Bank Card, reducing the effective price of their tablets to Rs 21,249.
Specifications: –
Moto Tab G70 LTE works on Android 11 as is. The tablet features an octa-core MediaTek Helio G90T processor paired with 4GB of RAM that can be expanded via a MicroSD card and 64GB of onboard storage. The Moto Tab G70 LTE features an 11-inch IPS 2K (2000 x 1200 pixel) LCD display with a peak brightness of 400 knits.
The new MotoTab G70 LTE features a single rear camera with a 13 megapixel sensor paired with an f / 2.2 aperture lens. The tablet has an 8-megapixel front camera with an f / 2.2 aperture lens. The
Moto Tab G70 LTE has a 7,700mAh battery that supports Turbo Power charging at 20W via USB Type-C. The tablet comes with a quad speaker setup that supports Dolby Atmos.
Connection:
Moto Tab G70 LTE supports 4G LTE, Wi-Fi, Bluetooth v5.1, and GPS and GLONASS. Tablet sensors include accelerometers, gyroscopes, Hall effect sensors, and ambient light sensors. The Moto Tab G70 was recently launched in Brazil with a Wi-Fi connection. According to
Motorola, the new Moto Tab G70 LTE provides access to a dedicated Google Kids section and 10,000 teacher-approved children’s apps. According to the company, the tablet measures 258.4 x 163 x 7.5mm, weighs 490 grams, and has a dustproof and water resistant IP52 rating.