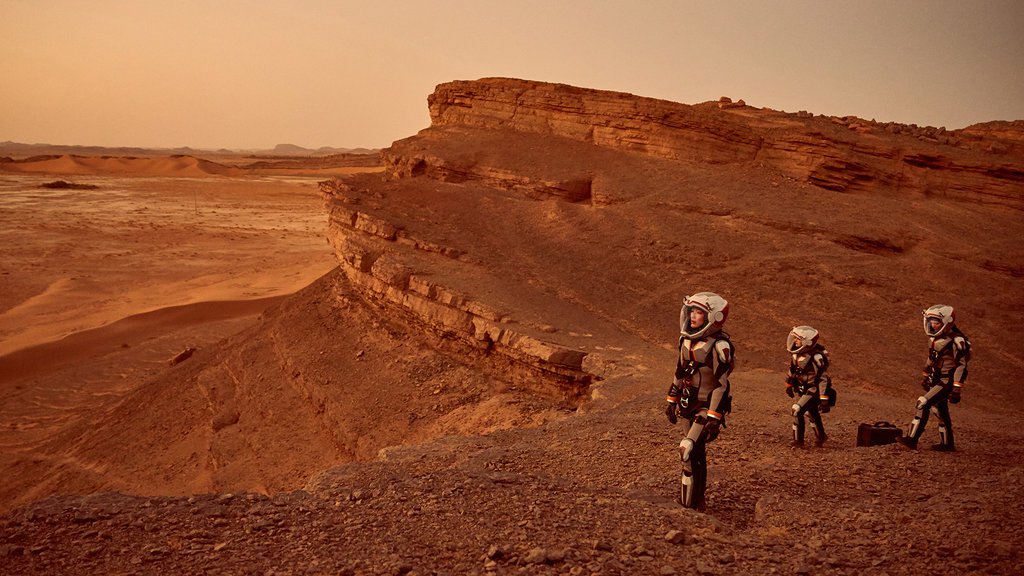 Newswise — Is there life on Mars? One WVU researcher is discovering ways to improve the search for life on the desert planet.

Kathleen Benison, professor in the Department of Geology and Geography at West Virginia University, has received a two-year grant from NASA’s Astrobiology Program to study modern and fossil microorganisms trapped in halite and gypsum from acid salt lakes.

“The goal of my research program is to reconstruct detailed environmental conditions, including past lake water and groundwater depths, pH, past air temperatures and humidity and the history of continental sedimentary rocks,” Benison said.

Benison’s research will focus on saline lakes because salt minerals that form there trap fluid inclusions, tiny remnants of past lake waters, atmosphere and microorganisms. The acid salt-lake environments on Earth are similar to past environments on the surface of Mars. As a result, the research could inform scientists how to better search for life on Mars.

“Acid saline lake systems are important because they represent some of the most extreme environments on Earth and are close analogs to past environments on Mars,” Benison said. “If we can understand relationships among rocks and minerals, waters, atmosphere and life in such environments, we can predict how desert environments will change in the future.”

Most microbiological studies use traditional biological methods, including culturing and DNA metagenomics. Benison’s research is different because she uses microscopy to visualize cells and other organics and spectroscopy to chemically characterize the microbes and organic compounds.

“These methods can yield important information about type abundances of microorganisms and can serve as a simpler, preliminary way to examine preserved microbiology prior to any future culturing or DNA metagenomics analyses,” Benison said.

Benison will test samples of halite and gypsum salts she collected from modern acid saline lakes in western Australia and Chile. She will also examine ancient halite from Earth’s subsurface taken from Kansas and Northern Ireland.

“One of the biggest questions of space science is does life exist, or has it ever existed, anywhere besides on Earth? Currently, the methods being used by rovers, landers and satellites to study Mars are methods that would not be able to detect microorganisms or organic compounds trapped in terrestrial halite and gypsum,” Benison said. “So, if life exists within halite and gypsum on Mars, we do not yet have a way to detect it. Better refining methods for detection of life in terrestrial Mars-analogs, such as the acid lake halite and gypsum, could then be applied to future missions to Mars, as well as to any rocks returned from Mars in the future.”

“Dr. Benison’s work is part of astrogeology, which applies the principles of geology on our Earth to Mars,” said Tim Carr, chair of the Department of Geology and Geography. “Refining techniques for the study of fluid inclusions and evidence of life in some of our most extreme Earth environments can lead to better evaluation of evidence for past life on Mars and other bodies in our solar system.”