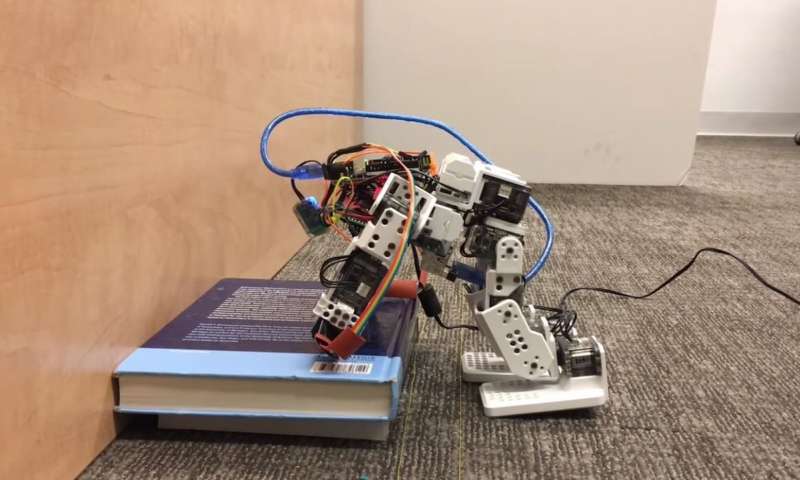 A famous viral video about the DARPA Robotics Challenge shows all sorts of humanoid robots clumsily falling down. Bipedal movement is rather unstable, which is not only a problem for a robot trying to complete its task, but also because falling can damage a very expensive piece of machinery.

Roboticists across the globe are tackling this problem in a myriad of ways. While some look to add a series of corrective steps after a robot becomes off-balance, much like a person stumbling after tripping, Kris Hauser wants robots to be able to use the environment around them.

“If a person gets pushed toward a wall or a rail, they’ll be able to use that surface to keep themselves upright with their hands. We want robots to be able to do the same thing,” said Kris Hauser, associate professor of electrical and computer engineering and of mechanical engineering and materials science at Duke. “We believe that we’re the only research group working on having a robot dynamically choose where to place its hands to prevent falling.”

While such decisions and actions are second nature to us, programming them into a robot’s reflexes is deceptively difficult. To streamline the process and save computation time, Hauser programs the software to focus only on the robot’s hip and shoulder joints.