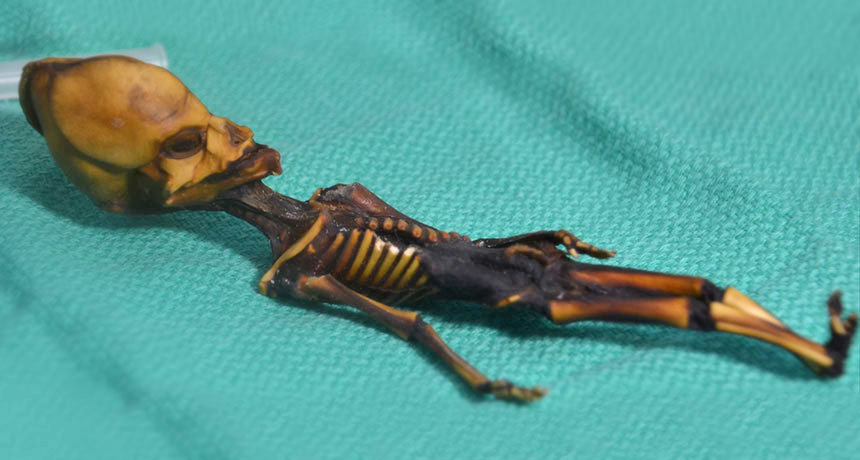 By analyzing the genome of a tiny fetal mummy known as Ata, researchers have learned more about what led to its strange-looking deformities — and that Ata was not an it, but a she.

But Ata’s origins are not out of this world. She is probably of Chilean descent, says geneticist Garry Nolan of Stanford University, who has been the driving force behind examining Ata scientifically.

“I wanted to understand what could make something look like that,” he says. Nolan never claimed Ata was an alien, but he admits to playing a role in the hype surrounding Ata by participating in a documentary that advanced claims about her supposed otherworldly origins. He now says she should be buried as human remains.

Paolo Viscardi, a zoologist at the National Museum of Ireland in Dublin who was not involved with the research, says the new study helps debunk Ata’s origin myths. “Ata highlighted the fact that people are quick to dehumanize and sensationalize anything unusual,” he says.