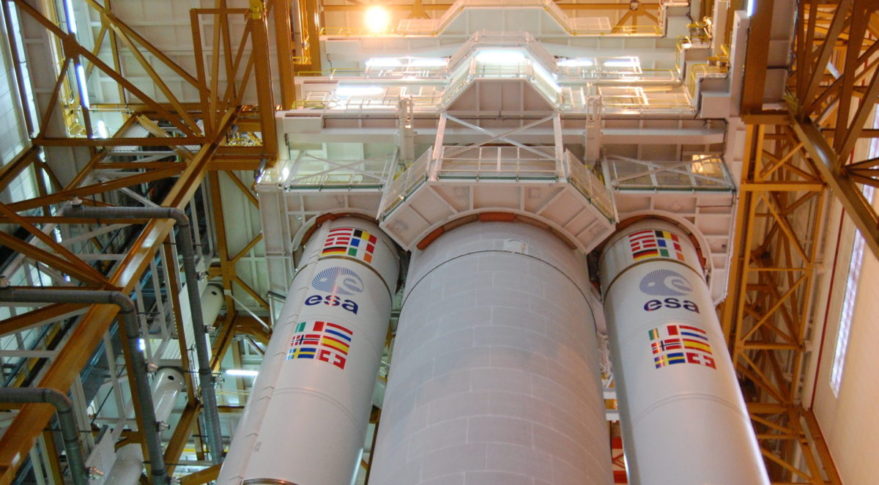 WASHINGTON — Arianespace on April 19 announced an agreement with Japan’s Broadcasting Satellite System Corporation and satellite manufacturer Space Systems Loral to launch the BSAT-4b satellite on an Ariane 5 rocket in 2020.

The agreement follows the launch of BSAT-4a on an Ariane 5 in September 2017.

BSAT is building up its satellite infrastructure ahead of the Tokyo Summer Olympic Games, which start in July 2020. Seeking to have BSAT-4b as an in-orbit backup ahead of the games, BSAT picked SSL to build the satellite last month.

To be located at 110 degrees east, the satellite has an estimated mass of 3,520 kilograms and is designed for a minimum 15-year service life.

BSAT operates a fleet of three satellites, and has launched its entire fleet with European launch provider Arianespace. The BSAT-4b satellite will be Arianespace’s tenth mission for the company.